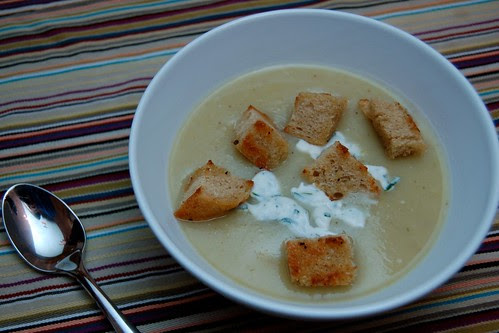 When the potatoes and celery are tender, shut off the heat and puree the soup in the pot using an immersion blender, or puree it in batches in a traditional blender. Put it back on the heat to warm up if it's cooled down, and season with salt and pepper and a few drops of lemon juice. Taste and adjust seasoning. Serve topped with tarragon cream and croutons.
Posted by Adrienne at 9:44 AM