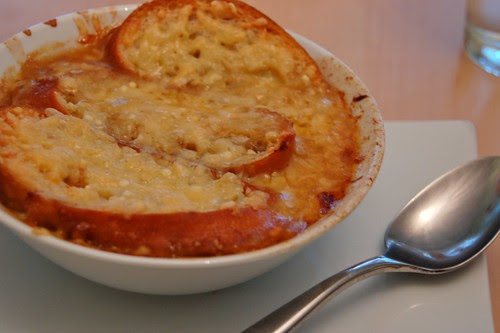 Now the fun part: add a little blorp of dijon mustard, a splash of Worcestershire sauce and a bigger splash of soy sauce. Grind in a lot of black pepper. Taste your soup and put it in a bowl. Slice some bread and toast it up. Put it on top of your soup and cover it in a pile of sweet, nutty cheese, then stick the whole mess in the oven until the cheese is melted and bubbling brown. Dig in.
Posted by Adrienne at 9:51 AM