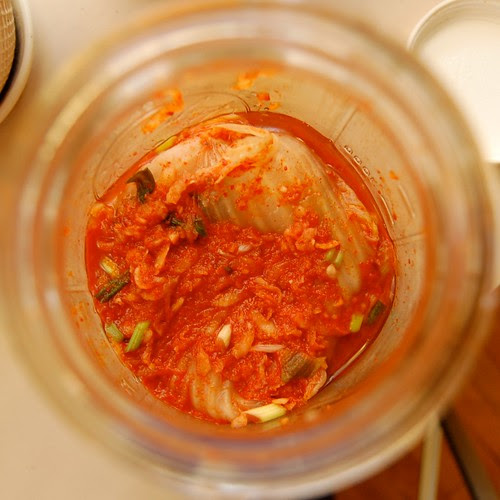 I was talking to my friend Sunny at school a few weeks ago (I graduated back in June but I'm a TA on Mondays) and I mentioned that I wanted to try making kimchi. Sunny is from Korea, and she offered to help me, and THEN she started to ask if I had the right ingredients. 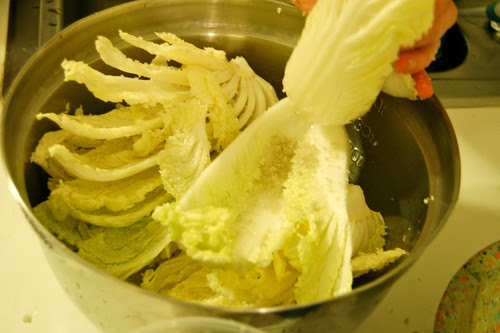 She wanted to make sure I had the right brands of fish sauce (yep, two different kinds) and where I bought my red pepper powder and if I knew which radish to buy (I still managed to buy the wrong one) and by the end of the conversation she had written down the names of the sauces I was supposed to get and we made a date to make kimchi. 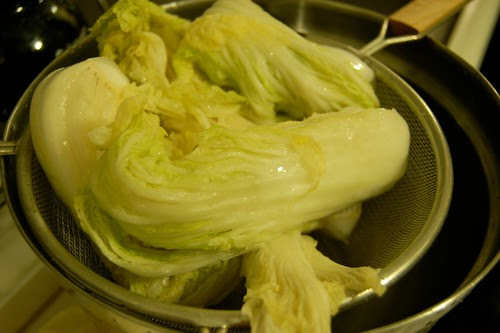 I salted the cabbage when i got home from work, but it turns out I should have done it the night before as it hadn't wilted much. I also used a very large grain gray sea salt; you can see it in the photo above. When Sunny got to my house she decided we should brine the cabbage while we put everything else together to try and wilt it further, so we mixed a cup of salt and five cups of water and soaked the cabbage while we chopped the rest of the ingredients. 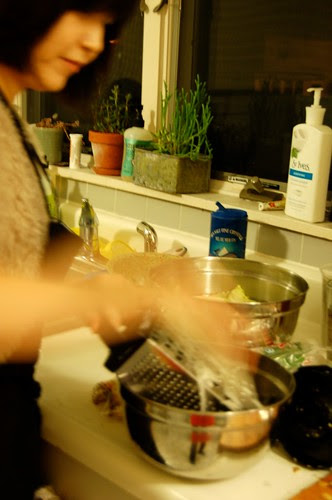 Sunny would not stand still for a picture, but this is her julienning a few daikon radishes on a box grater (a julienne slicer would have been better, but I don't have one). 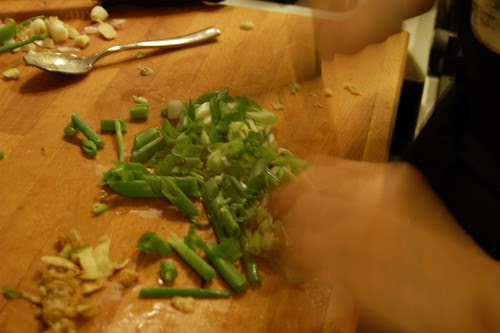 We chopped some scallions, ginger, garlic, and some tiny salted shrimp that Sunny brought. We also made a broth with kombu and water and a slurry with some sweet rice flour that we boiled with water until it was thick. 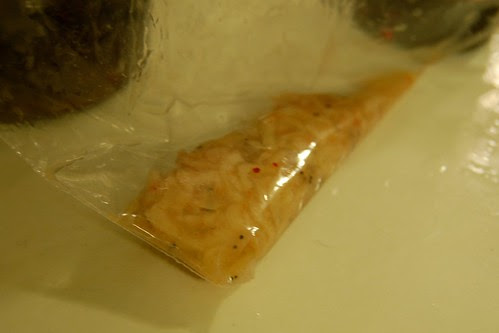 We mixed a paste with red pepper (I bought some at the Korean market in my neighborhood but Sunny brought some that her mom had sent her from Korea and we mixed the two), some of the slurry, a few tablespoons of broth, garlic, ginger, two fish sauces (one made with anchovies and one made with a fish called a sand lance) 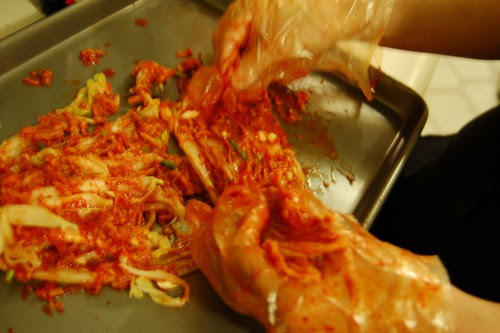 We smeared the paste on every leaf of the cabbage quarters, then wrapped them into little bundles and stuck them in a jar. I left it out overnight to start fermenting, and the next evening I pushed the cabbage down into the brine and popped it in the fridge. Isn't it pretty? 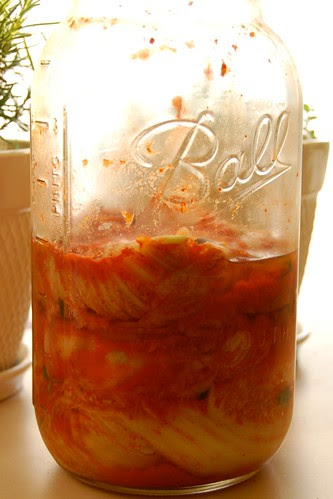 I'm not going to post the recipe because it's more of a process that we eyeballed and I'm not entirely confident of it myself. Next time I make it I'll try to get it streamlined and share it with you, and tomorrow I'll share the kimchi fried rice I made with it. Have you ever made kimchi? What's your favorite way to eat it?
Posted by Adrienne at 9:42 PM